Everything started from a fun joke of a simple logger. He took a piece of wood, placed it on a stump and roared: “What’s your order, my king?”, imagining a figurine. His friends got the idea immediately and took their own playing pieces. Soon, the whole community became obsessed with this new game. The rules were settled, the set of figurines were expanded, and all the game attributes got their prettier forms.

That game survived the apocalypse in the Post Scriptum paracosm. It even reached our faraway universe - Paracosm Project is proud to present the alpha version of Post Scriptum CTG. It has been released for the whole gaming community to enjoy. Try out virtual matches and give your feedback to help us make the final product flawless.

Recently, we made a post about some unique features of this game - check out the article “Aigarth and gameplay dimensions in Post Scriptum CTG.” 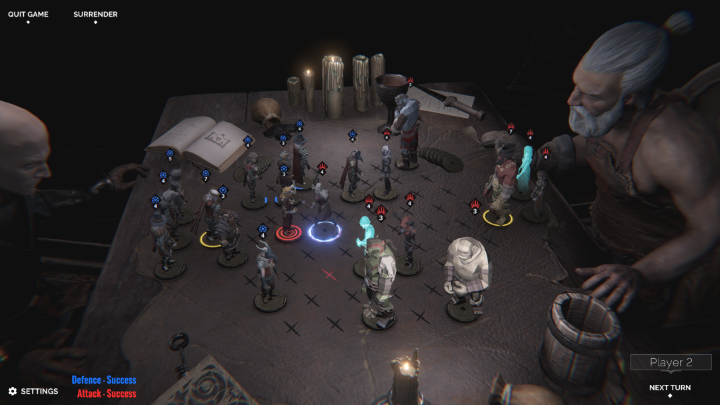 This game is the first from the Post Scriptum paracosm. Chaos is spread all over this gloomy world after the disaster of Armageddon. Humans try to prove they are worthy of a place in Heaven. Demons try to bring as many souls as possible to their lord. Undead try to keep the balance of powers in the world and continue their miserable existence here.

We are sure that with such activities, everyone will find something interesting in our game. And who are you here? Make a collection of the rarest tokens, glorify yourself as the most successful player, or write the smartest AI.

Guys, let us remind you once again - this is an alpha version of Post Scriptum CTG, so we invite you to participate in the open testing. Join our Discord community, share your thoughts and comments about the game, and get valuable prizes and a chance to become our ambassador with in-game privileges.