For many people, playing games is just fun entertainment. There are so many such people around the globe, that this industry has become the most profitable type of entertainment nowadays. We have some numbers to prove this statement.

How do you prefer spending your spare time? Listening to music and watching movies give quite a range of emotions - and still, they offer rather passive experience. In games, players become active participants of the stories, they live through various adventures, and they develop their real skills to become better in virtual missions.

Games conquer the world, and the following statistics give proof. If at the beginning of the 2000s the revenues from music, films, and games were averagely equal, then in 2019 we see a huge, really huge difference. 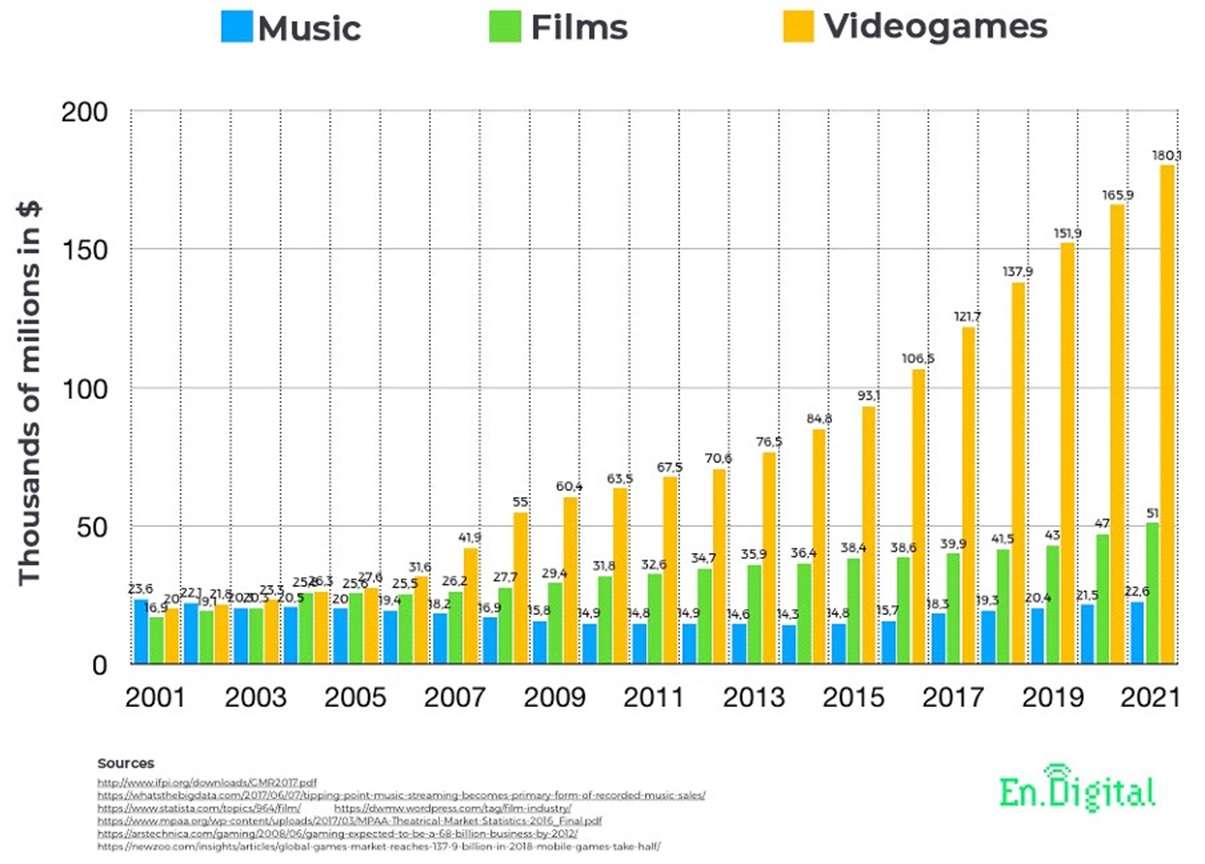 The numbers for individual products in 2018 are the following.

The difference for particular games/movies is not so impressive, but the game industry has much more successful products, especially in the area of free-to-play mobile titles.

We talk about the mobile segment of the game industry in the article “Mobile Game Market: monetization during casual growth.”

Let’s have a look at some statistics for free-to-play and paid games in different regions. 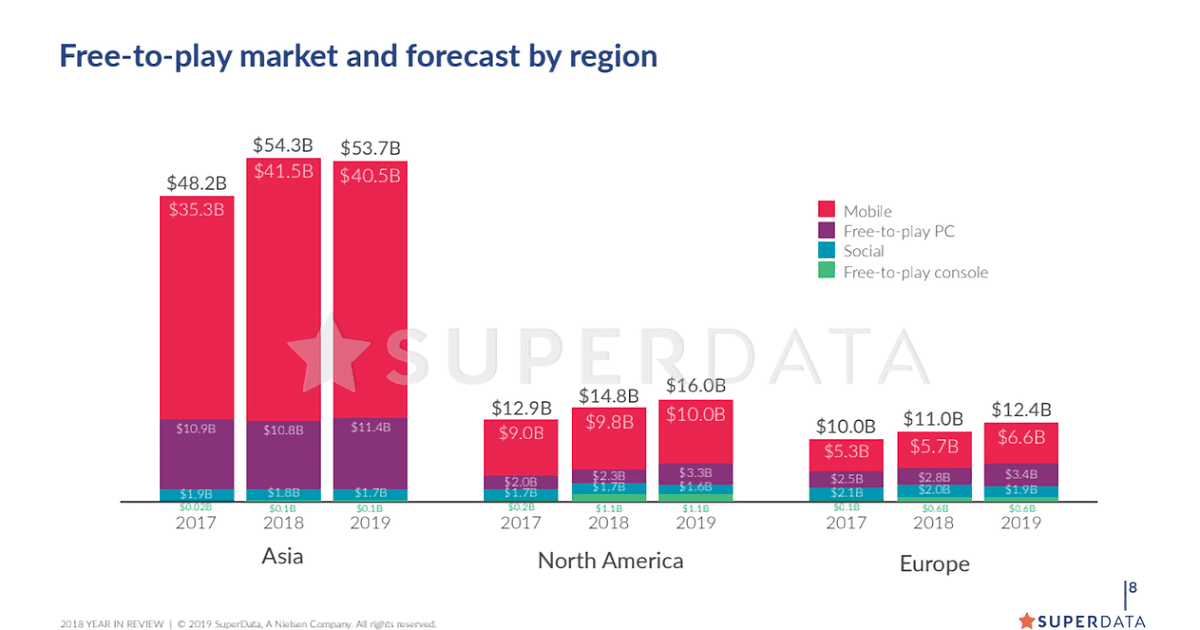 The choice of monetization scheme is quite significant. We discussed it in the article “Game monetization in harmony with playing experience.”

The forecast for 2019 is the following: 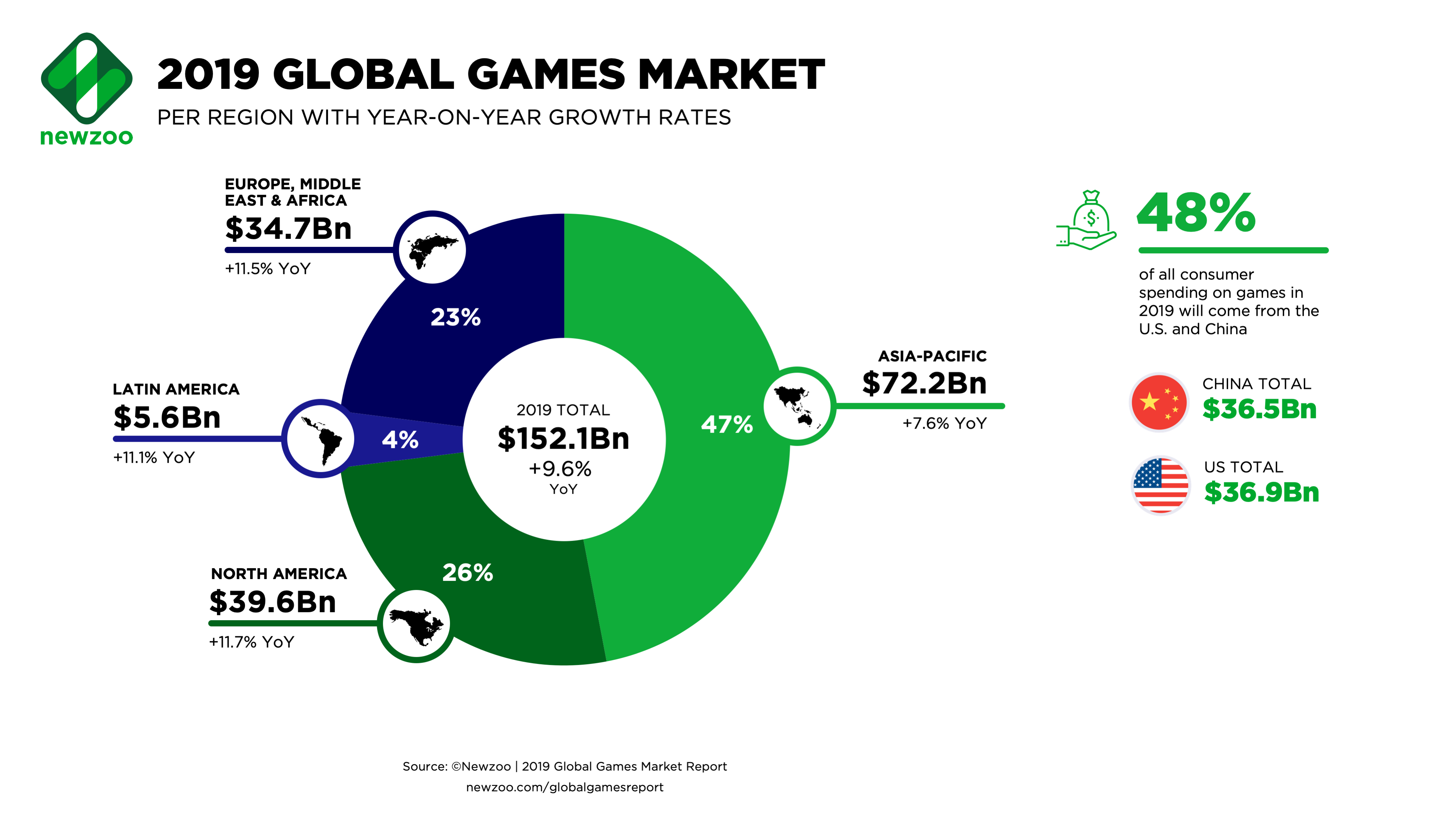 People play on PCs, consoles, and mobile devices - and it seems like we are going to play (and pay) more, regardless of the device type. The following forecast is all about this topic.

For the look in the future, check out the following charts:

The mobile game market continues its fast growth. That’s why we plan to publish Post Scriptum CTG and Altar: the War of Gods on these platforms too.

People definitely like to play games - and they like to watch others playing games. Streaming service, such as Twitch, Mixer, and YouTube Gaming, are very popular nowadays. This phenomenon is unique for the game industry.

To have some numbers here, let’s have a look at the most popular streamers on Twitch:

Another aspect of gaming is also growing tremendously - esports events gather millions of viewers and millions of sponsor money. It would be interesting to highlight some numbers in prize pools of the biggest esports competitions:

The following charts give information on the audience of esports: 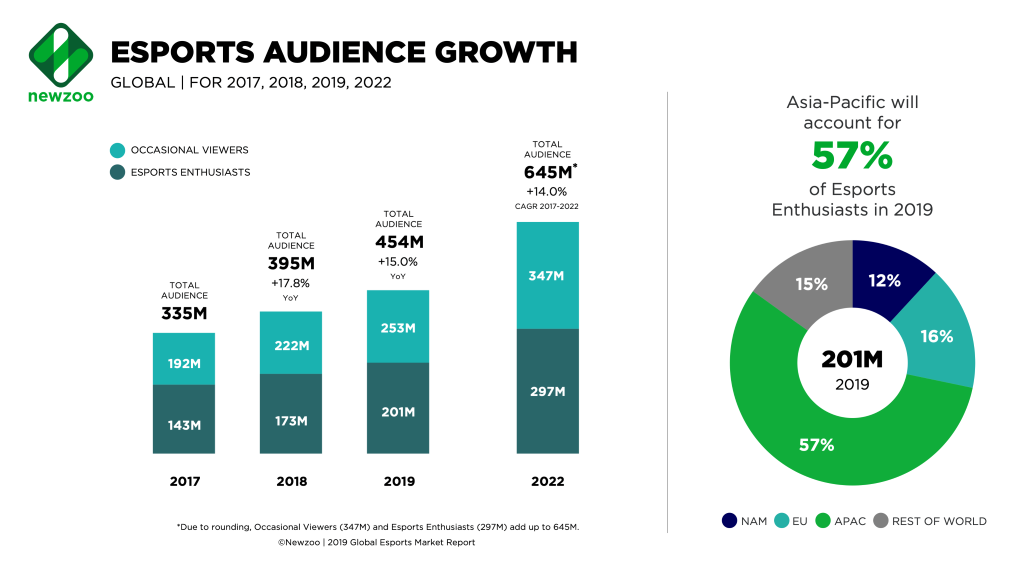 The growth of the game industry is based on its constant internal evolution. We witness releases of super-powerful hardware, experiments with gameplay mechanics, and new technologies behind game titles. One of the recent trends in the industry is the use of distributed registry. It opens many amazing possibilities for players and game developers.

Caer Sidi Isn't only follows this trend but, in fact, we power it up, bringing the Tangle-based ecosystem into the game industry. Some aspects of Caer Sidi have been described in the article “Do you really own your virtual assets?.”

Playing games also means to be part of the gaming community. We have created our Discord server, where you can communicate with like-minded people (including creators of Caer Sidi). Join us!

Love is in the air! Our Valentine’s offers
Bundles with avatars for Caer Sidi Hub

Phygital: next gen of in-game collectibles
Boost monetization of your game and increase player retention

CS Hub is synchronized with Caer Sidi
A tangled ecosystem

All rewards of Caer Sidi in 2019
A prominent project

17 great games of 2019 (Caer Sidi choice)
Probably, we need more than a year to play them all

Warface and opportunities of phygital era
How phygital innovation can enter the shooting genre?